SOC is a well-respected cardiology practice that has been recognized for excellence in patient care for more than 40 years. SOC has 10 general invasive cardiologists, 5 interventional cardiologists, 3 electrophysiologists and 5 Nurse Practitioners who work closely with 2 cardiothoracic surgeons at Asante Rogue Regional Medical Center. We are the sole cardiology providers for the Asante Health System and are based at the Cardiovascular Institute at Asante Rogue Regional Medical Center. We serve 600,000 patients from counties in southern Oregon and northern California (an area larger than the state of Massachusetts). Ten outlying hospitals transfer patients to us.

The Asante Health System has won many awards and includes Asante Rogue Regional Medical Center in Medford, Asante Three Rivers Medical Center in Grants Pass, and Asante Ashland Community Hospital in Ashland. IBM Watson Health has recognized Asante as a “Top 15 Health System” for 7 years in a row. This past month, we were named an IBM Watson Health “50 Top Cardiovascular Hospitals” out of 989 hospitals. All three Asante Hospitals have earned Medicare/Medicaid 5 stars (only 5 of 62 Oregon hospitals have earned a five star designation). US News and World Report named us the third ranked hospital in Oregon and the top hospital outside of Portland. CareChex has voted Asante Rogue Regional Medical Center as the number one hospital in Oregon for Heart Attack Treatment, Safety and Medical Excellence. The hospital earned the designation of "STEMI Receiving Gold Plus" from the American Heart Association's Mission Lifeline. The Medical Group Management Association (MGMA) has recognized SOC as one of the top performing medical practices in the nation for the past seven years

A PLACE TO LIVE:

Medford is located in southern Oregon’s Rogue Valley between Oregon's Willamette Valley and California's Central Valley. The mild winters and warm dry summers create an ideal climate for the Harry and David pear orchards and a burgeoning wine economy, featuring over 60 wineries. Popular features of the region include the internationally acclaimed Oregon Shakespeare Festival, the Britt Music Festival, Crater Lake National Park, the Redwoods and Mount Shasta. The proximity to the mountains and rivers means accessible and ample hiking, cross country skiing, show shoeing, downhill skiing, white water rafting and kayaking and fly fishing for salmon and steelhead trout. A short drive to the coast provides access to the pristine beaches of Oregon and Northern California. Southern Oregon University is in Ashland and the public schools in Ashland and St. Mary’s School in Medford (college prep school, winners of the Oregon Cup, World Championship robotics teams) are excellent. A regional airport and location on I-5 means cities like Ashland, Portland, Seattle, San Francisco, Los Angeles, Las Vegas and Denver are either a drive or flight away.

If interested, please send CV to [Register to View] 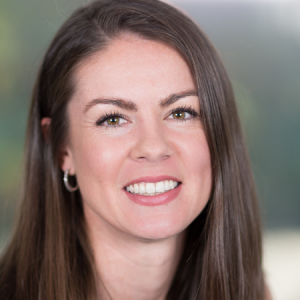 By applying you agree to our Terms of Service